Email marketing is not dead.

Amid the onset of social media - mobile messengers and chat apps, email marketing continues to thrive and has shown resilience over the years. It remains one of the most effective marketing tools for a business or brand to build lasting relationships with customers.

Email has gone a long way since the first promotional campaign was sent to 400 people in 1978. 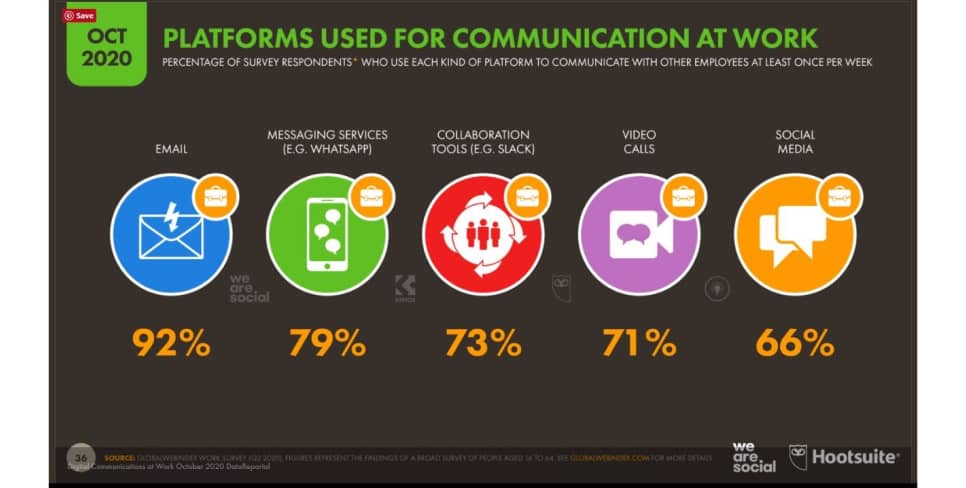 The datareportal.com's Digital 2020: October Global Statshot by Simon Kemp, underscored that email took the largest percentage at 92 percent among other platforms being used for communication at work.

Statista 2020, which was published on October 2, 2020, reported that about 306.4 billion emails were sent and received each day worldwide. The figure is projected to increase to over 361.6 billion daily emails in 2024.

Marketing strategies come and go but email marketing is here to stay and it will remain that way even as it has evolved and continues to transform in the years to come.

All these stats and data prove the importance of email not just in marketing but also in everyday life.

Automating emails, through tools such as Malichimp, Mautic, OptinMonster, Hub Spot, Litmus,  Marketo, and Campaign Monitor, among others, has also made it easier for businesses to hasten the process yet reach a larger audience in so little time at a minimal cost.

Here are five reasons why email marketing is here to stay: